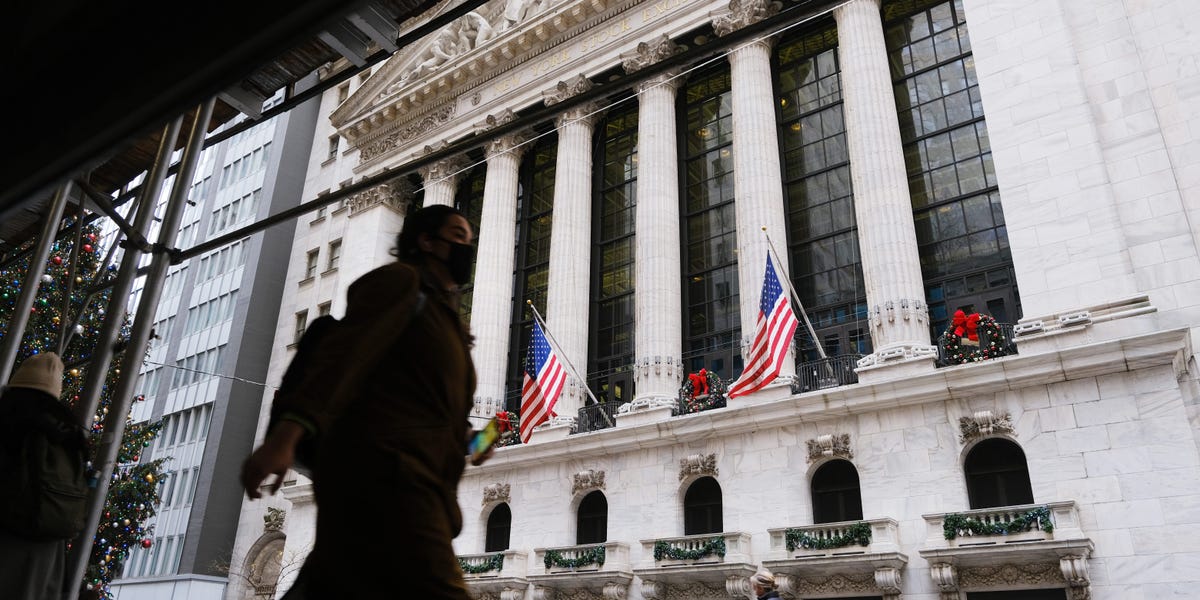 The near-zero interest rates seen throughout the pandemic are on their way out.

Chairman Jerome Powell said on Wednesday the central bank was “agreed” to start raising rates in March as it seeks to curb pandemic-era support and calm inflation. But where the Fed’s own December projections saw policymakers pricing in three rate hikes in 2022, Wall Street is bracing for a much more aggressive fight against inflation.

By raising rates, the central bank increases borrowing costs, slows economic activity, and indirectly puts downward pressure on inflation. For the average American, Fed hikes mean higher interest rates on loans, credit card payments, and interest on savings accounts. Those with debt to pay will face more pressure to pay, but savers will start earning a bit more on their deposits.

Rate hikes are the Fed’s best tool to rein in soaring prices. The Fed cut rates to historic lows at the start of the pandemic to provide critical support to businesses and encourage economic activity. That help is no longer needed, Powell said Wednesday.

The country’s biggest banks now expect those hikes to come faster than expected, accelerating the rise in borrowing costs for businesses and consumers this year. Analysts at JPMorgan and Goldman Sachs both raised their forecasts to five hikes in 2022 from four in the days following Wednesday’s Fed meeting. Goldman analysts led by Jan Hatzius cited strong fourth-quarter wage growth for the update, as well as Powell’s hawkish message at his Wednesday press conference.

Bank of America has taken an even more hawkish turn. Economists led by Ethan Harris now see the Fed raising rates at each of its seven remaining policy meetings in 2022. Powell “made a compelling case” that the central bank should have started its hikes in 2021, and the Fed will likely accelerate its tightening to ensure inflation comes back down to earth, the team said.

“When you’re late in a race, you don’t take water breaks,” they added.

The pivot to a faster hiking cycle comes amid the most intense inflation in four decades. The core price index for personal consumption expenditures — the Fed’s preferred measure of inflation — climbed 4.9% year over year in December, the Commerce Department said Friday. This is the fastest pace since 1983 and an acceleration from the 4.7% rate observed in November.

It’s not just a faster rate hike schedule that banks are preparing for. While the Fed typically raises its benchmark rate a quarter of a percent at a time, some on Wall Street are predicting a twice as large increase at the Fed’s next meeting, marking an aggressive move to tighten monetary conditions. . Nomura Holdings expects the central bank to issue a 0.5% increase in March.

Such a hike — which the Fed hasn’t used since 2000 — is “on the table” for future meetings, Federal Reserve Bank of Atlanta president Raphael Bostic told the Financial Times in an interview Friday. Bostic stuck to his forecast that the central bank would raise rates only three times during the year, but noted that the Fed is keeping its options open in case inflation proves more resilient than expected. foreseen.

Americans may only have a few more weeks to take advantage of the record high rates of the past 22 months. The Fed’s war on inflation is about to escalate and borrowing is about to get more and more expensive.