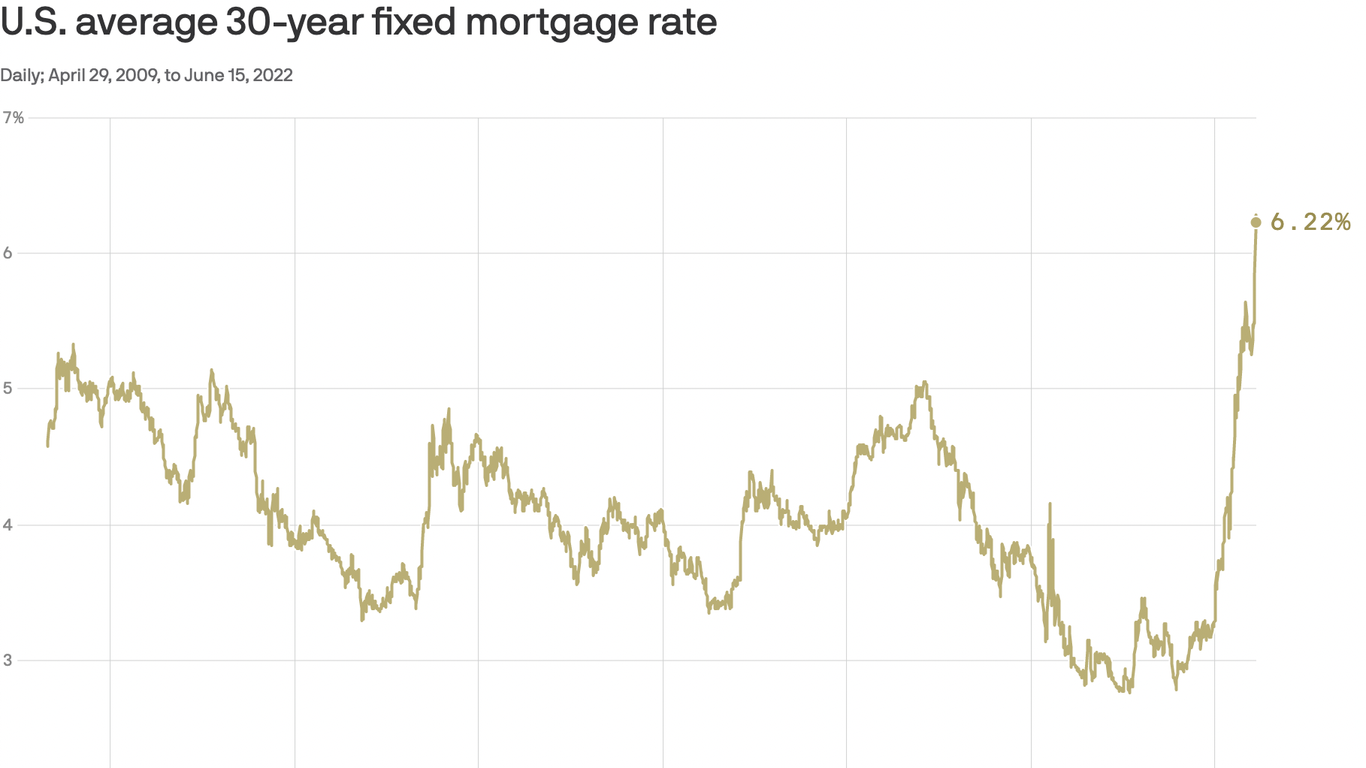 Mortgages, car loans and credit card debt are about to get more expensive.

The big picture: The era of cheap borrowing is over: the Federal Reserve is trying to rein in the economy, and the cost of borrowing is rising as it rushes to contain inflation.

Catch up fast: The Fed announced yesterday that it would raise interest rates by three-quarters of a percentage point, the biggest hike since 1994.

Home loans: The rate on a conventional 30-year fixed-rate mortgage is now over 6%, at least by one estimate. This time last year: 3.1%.

Car loans: Rising interest rates and rising prices had already pushed the average monthly car payment to an all-time high of $656 for new vehicles and $546 for used rides, according to Edmunds.

The bottom line: Some savers may see at least some relief, in the form of earning a bit more on the money placed in savings, depending on the bank. But since inflation is rising much faster than any of these rates, the savings money continues to erode.