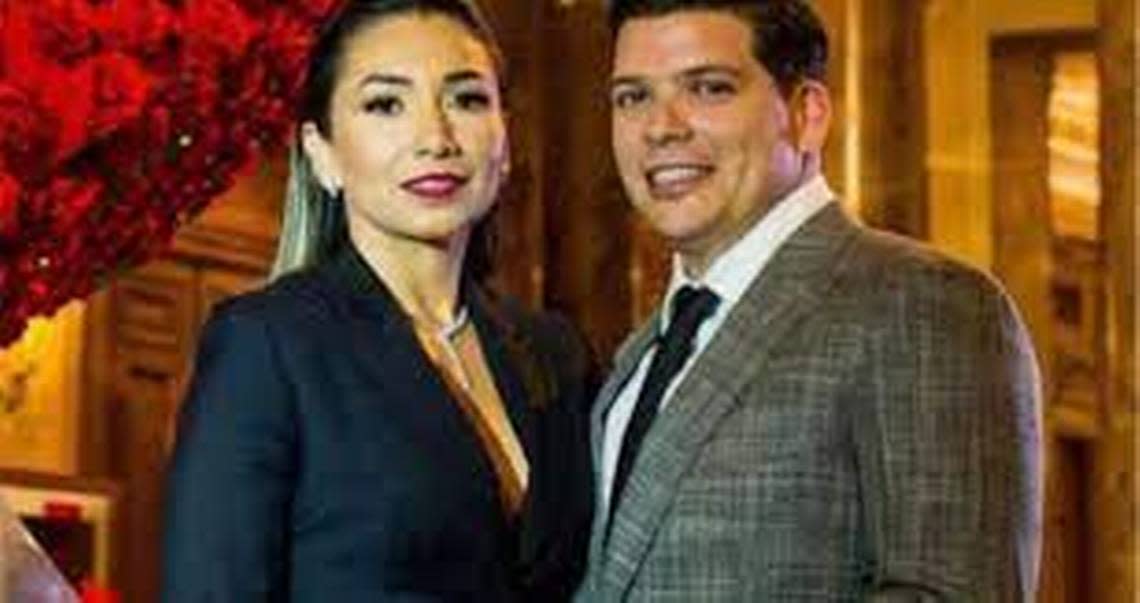 Miami payday loan company must pay more than $39 million to hundreds of Venezuelan Americans in South Florida who lost some of their money after investing in the business, court order says a federal judge.

Sky Group USA, LLC, has agreed to final judgment with the Securities and Exchange Commission without admitting or denying violations of federal laws.

Sky Group has until the end of July to pay that amount in order to resolve the SEC’s civil case, according to court records. Under similar settlement terms, Efrain Betancourt Jr., the CEO of Sky Group, agreed to pay more than $6 million for the total fine.

The Securities and Exchange Commission, whose regional offices are located in downtown Miami, plans to reimburse more than 500 Sky Group investors for whatever the company and Betancourt eventually pay for their losses. Sky Group and Betancourt are not expected to repay the full amount owed to the SEC under the judgment rendered by US District Judge Beth Bloom.

Under agreements with the SEC, Sky Group and Betancourt, 34, are prohibited from trading in securities in the United States. Their attorney, Mark Hunter, declined to comment on Monday.

In September of last year, the SEC in Miami has filed a civil complaint against Betancourt and his company, accusing them of committing securities violations in a scheme that authorities called “affinity fraud.” In a civil suit, the SEC said Betancourt and Sky Group sold investors fraudulent promissory notes totaling $66 million. Indeed, Betancourt raised millions from them to fund high-interest loans to borrowers across the country.

According to the SEC complaint, Betancourt spent most of the money on a luxurious lifestyle — including a new waterfront condo in Miami and a wedding to his fourth wife in Monaco — while using at least $19 million to pay interest to some investors to keep them off.

In an effort to dismiss the SEC’s complaint, Betancourt attorney Hunter argued that the promissory notes were not securities like stocks and bonds, but rather loans; therefore, his client and Sky Group did not break the law by not reimbursing the lenders.

Betancourt’s alleged scheme, described in the SEC complaint, lasted from January 2016 until just before the coronavirus pandemic hit the country in March 2020. As countless borrowers defaulted on their payday loans, his company, Sky Group, suffered a severe cash flow problem and was unable to pay interest on investor promissory notes.

In December, Betancourt filed a deposition in one of several related arbitration cases in which he repeatedly invoked his Fifth Amendment right against self-incrimination during questioning.

In a previous deposition, Betancourt, who was born in Venezuela and raised in the Miami area, admitted that he did not have law and computer engineering degrees in the United States. But he insisted his payday loan business was legitimate, despite interest rates far higher than Florida’s 18% annual cap. He also said that the people who had invested in his business were “lenders” involved in financing short-term, high-interest loans. He called them “commercial transactions”.

Despite his defense, Betancourt and Sky Group lost an arbitration case earlier this year against a Venezuelan family represented by Miami attorney Rick Diaz. The judgment was for $15,000 – although the family claimed to have lost $150,000 in their investment with Betancourt’s Sky Group.

“We were among the first to sue this guy and refer him to the SEC,” Diaz told the Miami Herald on Monday. “We are waiting to collect our judgment [against Betancourt and Sky Group] in state court, but if it doesn’t work, we’ll file a lawsuit with the SEC. »

According to the SEC complaint, Sky Group and Betancourt falsely told investors that the company would use investors’ money only to make payday loans and cover the costs of those loans, promising them annual rates of return of up to $120. % on tickets.

“We continue to warn investors to be wary of any investment that promises returns that are too good to be true,” Eric I. Bustillo, director of the SEC’s Miami regional office, said in an earlier statement. The SEC said Sky Group’s operation was akin to a “Ponzi” scheme.

In fact, according to the complaint, Betancourt misappropriated at least $2.9 million for personal gain. Among his expenses: an extravagant wedding at a French Riviera castle, vacations to Disney resorts and the Caribbean, and the costs associated with buying a luxury Miami condominium at Epic Residences on Biscayne Boulevard. . He also used some of the money to service his personal Piper jet, SEC officials said.

Epic Residences also sued Betancourt, claiming it owed more than $65,000 in condo and hotel appraisals, according to court records.

Betancourt was also accused of transferring at least an additional $3.6 million to friends and family, including his ex-wife, Angelica Betancourt, and to EEB Capital Group LLC without an “apparent legitimate business purpose”, according to the SEC complaint. The company’s bank accounts were controlled by Efrain Betancourt and his current wife, Leidy Badillo, according to the complaint.

In a final judgment filed in late June, EEB Capital agreed to pay $2.2 million for the judgment against Sky Group and Efrain Betancourt.

For her part, Angelica Betancourt denied receiving $1.2 million from Sky Group, as alleged in the SEC complaint. She said she only earned an annual salary of $60,000 from the payday loan company, but had yet to resolve her dispute with the securities agency.