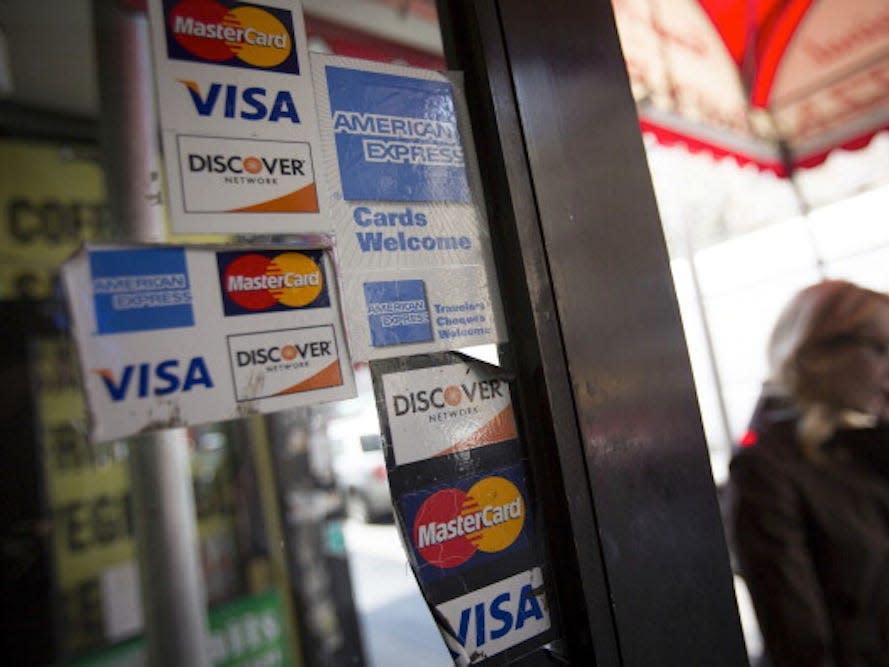 Buying a home or racking up credit card debt will cost more in the coming weeks thanks to the Federal Reserve’s latest interest rate hike.

The central bank raised rates again on Wednesday, posting a 0.75 percentage point hike in its latest move to crush inflation. The increase is aimed at slowing price growth by raising borrowing costs across the economy and dampening strong demand from Americans. This means all kinds of debt will be more expensive to pay off, from mortgages to credit card balances.

When the Fed lowers rates, loan payments fall. Conversely, recent increases have made borrowing more expensive. The average rate for a 30-year fixed-rate mortgage reached 5.54% on July 21, up nearly 2.5 percentage points from the level seen at the end of 2021. Card rates Banks have also increased, meaning cardholders are paying more interest on their balances.

The increases are not all bad news for Americans. As well as having a cooling effect on inflation, higher rates mean that those who hold their money in savings accounts will earn slightly more monthly interest.

The rise in rates should continue throughout the year. The Federal Open Market Committee – the body that makes rate decisions – expects “continued increases in the target range to be appropriate” in the coming months, the central bank said in a statement. Projections released by the Fed in June indicated that FOMC members expected rates to climb about a full percentage point higher by the end of the year to a range of 3.25% at 3.5%.

Rate hikes are the Fed’s weapon of choice to fight inflation. Low rates tend to boost demand and spending, and the central bank lowered its benchmark rate to record lows in early 2020 to support the economy during early lockdowns. Yet low rates can also push demand well above supply, creating an imbalance that pushes prices higher.

This has certainly been the case over the past 18 months. Year-on-year inflation hit a four-decade high of 9.1% in June, according to the consumer price index, boosted by supply chain problems and the invasion of Ukraine by Russia. This is significantly higher than the Fed’s target of 2% and is the main reason for the central bank’s larger than usual rate hikes through 2022.

Chances are the pace of these increases will slow. Gasoline prices have fallen significantly since peaking in mid-June, signaling that the July inflation report will show significant rate easing year on year. Commodity prices have also fallen over the past month, providing relief to Americans paying for necessities like food and heat.

The Fed’s benchmark rate is also much better positioned to deal with high inflation. The current range of 2.25% to 2.5% is generally considered by FOMC members to be “neutral,” meaning it neither stimulates nor constrains the economy. Although the Fed is likely to push rates to restrictive levels later this year, Chairman Jerome Powell hinted Wednesday that the speed at which it continues to raise rates will not be as telegraphed as past hikes.

“While another unusually large increase may be appropriate at our next meeting, that’s a decision that will depend on the data we get by then,” he said. “We think it’s time to go meeting by meeting and not provide the kind of clear guidance that we have provided on the path to neutral.”

This message has been updated to reflect the Fed’s most recent interest rate decision.