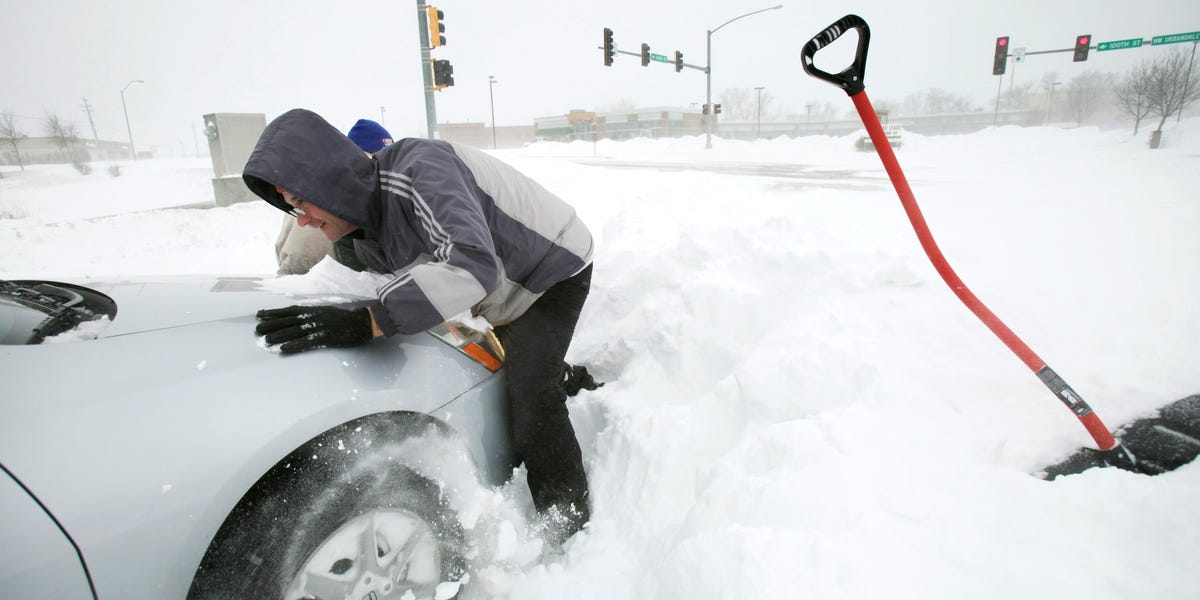 Millions of Americans are struggling with their car payments, and even economists are surprised.

According to a new report of

Federal Reserve
Bank of New York, more than 7 million Americans have reached serious default status on their auto loans, which means they are at least 90 days late on payments.

Fed economists said this was “surprising” given the strengthening labor market and economy.

People often prioritize car loans because many have to drive to get to work and earn a salary, Heather Long of the Washington Post reported. The fact that a record number of Americans are not making these payments is “generally a sign of significant strain among low-income and working-class Americans, â€Long wrote.

“The substantial and growing number of troubled borrowers suggests that not all Americans have benefited from the strength of the labor market and warrants continued monitoring and analysis of this sector,” Fed economists. written in a blog post dissect the report.

Data shows that most of the borrowers whose auto loans have recently gone into delinquency are people under the age of 30 and people with low credit scores. Eight percent of borrowers with a credit score of less than 620 – otherwise known as subprime – went from being in good standing to being overdue on their auto loans in the fourth quarter of 2018.

And the data shows that most defaults come from self-funded lenders rather than banks and credit unions.

The Fed found that half of auto finance company loans outstanding go to subprime borrowers, and 6.5% of those loans are more than 90 days past due. This compares to just 14% of outstanding credit union loans to sub-prime borrowers, of which 0.7% are in arrears.

The number of delinquencies represents a new high in the auto loan market – over 1 million more people are behind on auto loan payments now than at the end of 2010. More people have auto loans now than in 2010, while the overall delinquency rate is declining, the total number of people overdue by at least 90 days on their payments is higher.

The Fed has been tracking the auto loan industry for more than five years, economists said in the blog post, and this isn’t the first time the group has sounded the alarm bells. In 2017, a quarterly report from the Fed highlighted the near doubling of the default rate of subprime auto loans issued by auto finance companies since 2011, Business Insider’s Matt Turner reported.

Turner also reported at the time that Wall Street was express concern also in the subprime auto loan market. Meanwhile, Lauren Lyons Cole of Business Insider US reported that Americans borrowed more money to buy cars than to go to college between 2016 and 2017.

Tanza is CERTIFIED FINANCIAL PLANNER â„¢ and former Personal Finance Insider correspondent. She has researched personal finance news and has written on taxes, investing, retirement, wealth building and debt management. She ran a bi-weekly bulletin and a column answering readers’ questions about money.
Tanza is the author of two eBooks, A Guide to Financial Planners and â€œThe One Month Plan to Master Your Moneyâ€.
In 2020, Tanza was the Editorial Director of Master Your Money, a one-year original series providing financial tools, advice, and inspiration to millennials.
Tanza joined Business Insider in June 2015 and is an alumnus of Elon University, where she studied Journalism and Italian. She is based in Los Angeles.